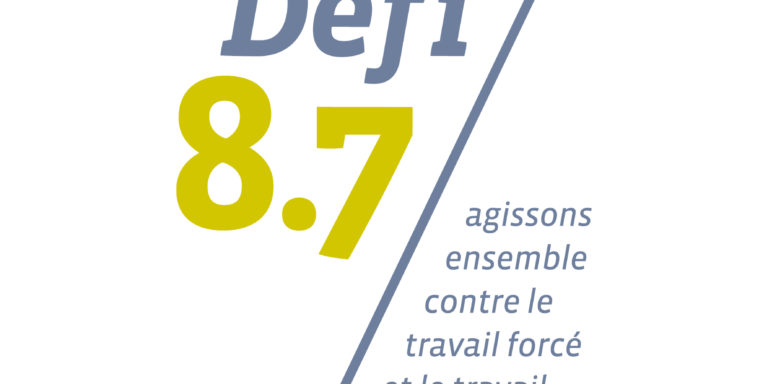 20 February – Launch event for Challenge 8.7: Acting together against forced and child labour

See you on 20 February for the launch of the 8.7 Challenge, a challenge launched by RHSF and our CSR and Development partner.

Compulsory registration with: a.khlopkova@giesbert-associes.com before 13 February 2017.

In 2015, the Heads of State and Government adopted at the UN the Sustainable Development Goals (SDGs) for 2030: 17 interconnected goals and 169 associated targets to guide global development.

Target 8.7: “Take immediate and effective action to eliminate forced labour, end modern-day slavery and trafficking, prohibit and eliminate child labour in all its forms, including the recruitment and use of child soldiers, and by 2025 end all forms of child labour”. Read more.

In order to progress towards effective compliance with the rules of international labour law, it is necessary to encourage, multiply, support, promote, enhance and pool concrete, voluntary, varied – and sometimes modest – contributions from actors in economic and social life. This is the ambition we wish to share and the challenge we propose to take up! Because we are convinced that no one holds the key to success alone.

In order to succeed, 3 categories of actors must be brought together:

As long as we have purchasing power, or even modest economic clout, we can make a concrete contribution to eradicating situations of forced and child labour.

Join the 8.7 Challenge organised with our partner NGO CSR & Development.

We will accompany you in the realisation of your projects and organise dialogue with the populations concerned. Your results will then be disseminated by the promoters of Challenge 8.7 in order to make your contributions known – and recognised – and to encourage new vocations.

The fight against forced labour and child labour will not have immediate results. It is a matter of political will, of the involvement of social actors, of concrete, obstinate, modest and ambitious contributions at the same time. It can only be a collective ambition.

It will take time. Challenge 8.7 therefore only makes sense over several years and will only be effective if each player commits, i.e. gets involved in its part and takes the commitment to follow through on its approach.