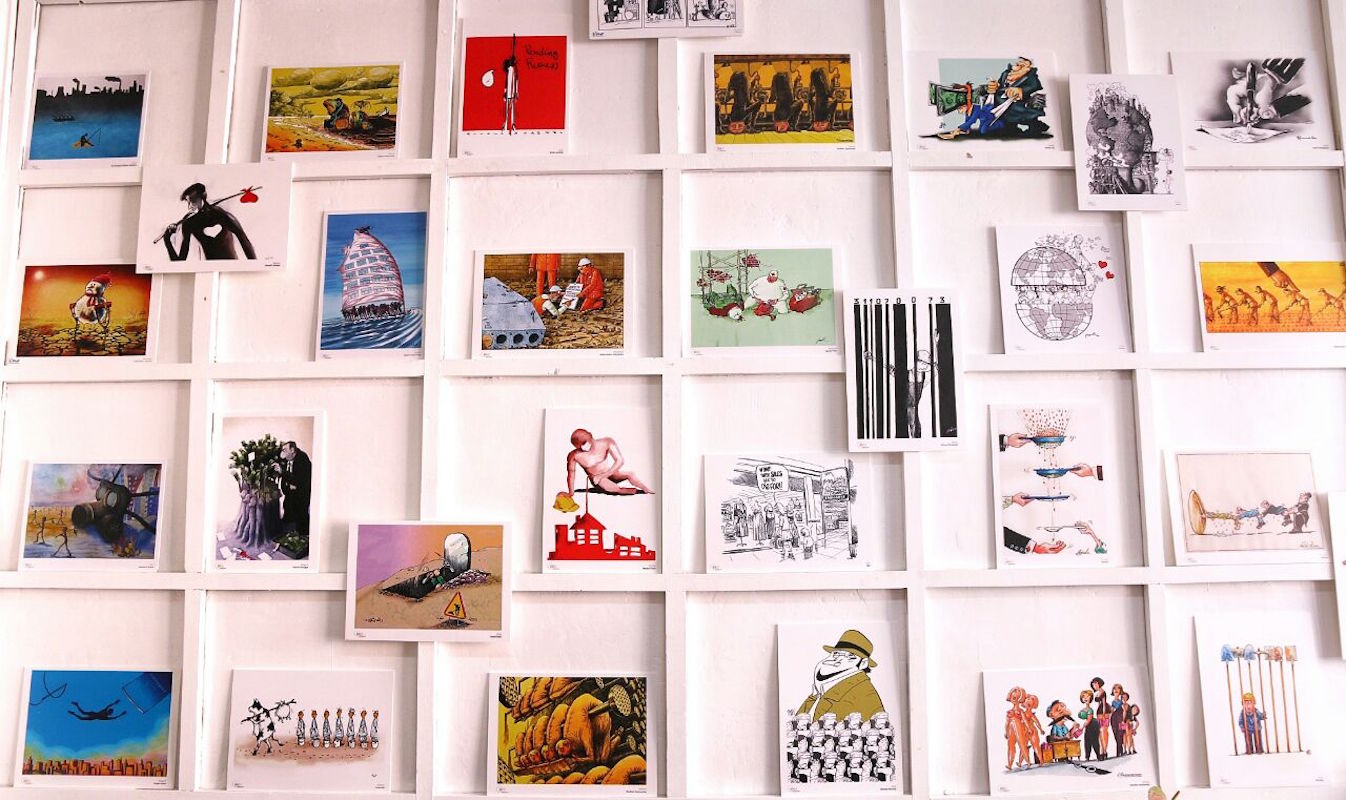 What if your pencil was a tool against forced labour?

Did you know that tens of millions of people all over the world are subjected to working conditions that amount to a modern form of slavery? We can all play a role in preventing forced labour at our own level.

In this spirit, more than 200 cartoonists from 65 countries responded to the challenge launched in March and April 2021 by the International Labor Organization (ILO) and the NGO Human Resources Without Borders (RHSF): what if your pencil was a tool against forced labour? We thank all of them for sharing their visions on forced labour. In total, 460 cartoons were received, in very different styles, with powerful messages.

A prestigious jury, Cartooning for Peace and the public were mobilized to select the best cartoons.

Now is time to discover the winners of the competition!

Finalists were selected by a jury composed of the representatives from:

What is forced labour?

25 million men, women and children today are in forced labour – trafficked, held in debt bondage or working in slavery-like conditions, victims of violence, coercion and deception, threatened so that they can’t seek help and claim their rights.

Every country is affected. Victims often work hidden from public view and are difficult to identify. Many victims, in particular women and girls, are subjected to commercial sexual exploitation, but forced labour is also prevalent in sectors such as agriculture, fishing, domestic work, construction, manufacturing and mining.

As a result of the Covid-19 crisis, adults and children alike are more at risk of being trapped in forced labour. More than ever, urgent action is needed.

Did you know that nearly one person out of five in forced labour is a child? As 2021 was declared as the International Year for the Elimination of Child Labour by the United Nations General Assembly, it is time to shift from commitments to action!

The best cartoons will be used to shine a light on the invisible and unknown realities of forced labour through a travelling exhibition and its dedicated publication, available to all here. The cartoons from the first edition of the contest, launched in 2015 by RHSF, had reached out more than 20 000 persons.

Cartoons are powerful tools: they can make complex messages understandable without using words and encourage people to reflect on sensitive topics.

The exhibition of the best cartoons will help people:

The exhibition on your premises?

The exhibition, available in French, English and Spanish, will be presented all over the world (Paris, Geneva, Brussels, New York…).