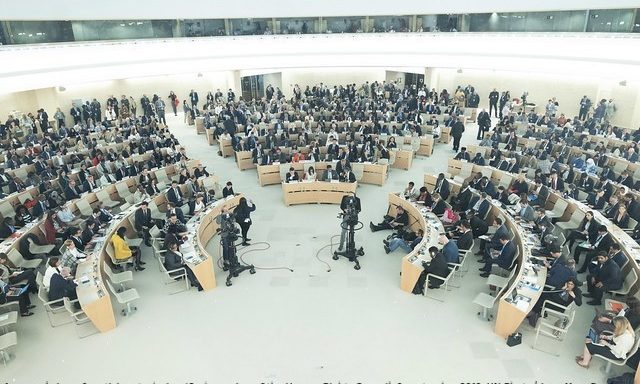 On 9 September 2019, the 42nd session of the United Nations Human Rights Council opened. During this session, Urmila Bhoola, Special Rapporteur on contemporary forms of slavery, presented her report on current and emerging forms of slavery. In this report, she highlights the importance of recalling the various socio-economic and environmental changes that will increase the vulnerability of certain populations to violations of their rights at work.

·        Automation, by reducing the number of jobs and the development of the on-demand economy (uberization), as this will increase the number of informal workers (60% of current workers in the world) and the various forms of precariousness.

·        Climate change will impact 5 billion people by 2050 in areas where the climate “will exceed historical bounds of variability”, causing economic disruption and reducing livelihoods, including for farmers who will turn to low-skilled jobs, formal or informal, outside their living areas (labour migration).

·        Population development prospects predict that “85.6 per cent of the 25.6 million young people entering the labour force globally by 2030 will be in developing and emerging countries”, where access to decent jobs is already limited.

All these developments, as well as the continuity of the dominant economic model, conflicts and economic inequalities, will intensify migration flows. In regard to the work of RHSF, these migrant workers, often with lower qualifications, inevitably face and will continue to face numerous violations of their rights when they are recruited, in particular through the networks of agencies mainly organized around the exploitation of these workers.

To achieve the target 8.7 of the sustainable development goals, it is necessary to pool our energy. This is RHSF’s approach by implementing programs, including fair recruitment programs, that involve all stakeholders so that everyone, at their own level, can play their part.

The Special Rapporteur calls on all governments and international organizations to allocate more resources and improve coordination and operational strategies at the global level. These governments should strengthen their legislation and improve their enforcement to limit impunity. Companies must ensure their duty of vigilance and advocate for investments that do not entail any risk of human rights violations.