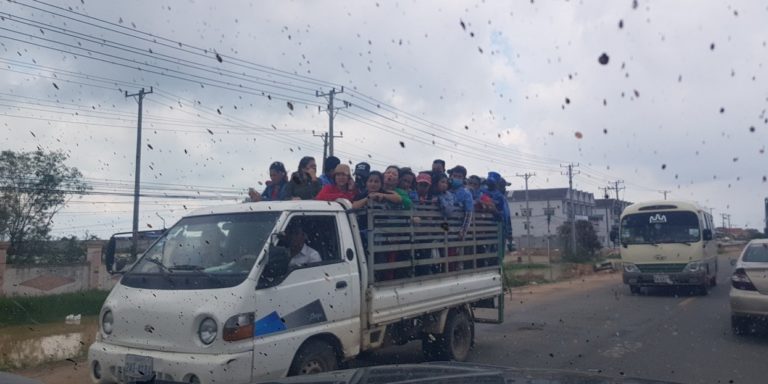 Fair recruitment is now a key issue in ensuring decent work for the hundreds of millions of migrant workers[1] working in the global economy. Acting for fair recruitment is a necessity for the States, which recalled its importance in the Global Compact approved in Marrakech on Monday 10 December, but also for companies: it has indeed become an imperative in terms of CSR, and a formidable tool to prevent the risks of forced labour in subcontracting chains.

An imperative in subcontracting chains

In its work as a field-based NGO, RHSF has seen how the increasing number of low-skilled migrant workers are dependent on labour recruiters (recruitment agencies and other intermediaries), who are at the heart of the phenomena of forced migrant labour. In order to have the right to work in another country, or sometimes simply in another part of their country, migrants are obliged to turn to intermediaries, whether official or not, whom they have to pay. To do this, they sell their land or their houses, go into debt at usurious rates… Workers from South-East Asia can pay the equivalent of one to two years’ wages to obtain a job as a labourer in a manufacturing factory in Taiwan. This can lead to debt bondage or forced labour.

And, let’s not forget, Europe is not spared. In 2017, the Modern Slavery Index sounded the alarm: Europe is the region of the world where the risks of forced labour have increased the most in 2017, in connection with the “migrant crisis”, particularly vulnerable to the risks of abuse.

Fair recruitment, a tool to be seized in the framework of its CSR policy

What is fair recruitment?

Fair recruitment is recruitment that respects the human rights of workers – including the right to the prevention and elimination of forced and child labour. It includes no recruitment fees for workers, a clear and transparent contract in a language that the worker understands, access to detailed information on workers’ rights, freedom to move around, leave their job and return to their country. These are all essential elements to prevent the risk of forced labour.

What does the Global Compact signed in Marrakesh say on this issue?

Approved in Marrakech on Monday 10 December 2018, the Global Compact for Safe, Orderly and Regular Migration commits signatory states to ensure that migrant workers are recruited in a fair and ethical manner. It suggests a number of measures, including the prohibition of charging recruitment fees to the worker and improving regulations applicable to private recruitment agencies (objective 6 of the Pact).