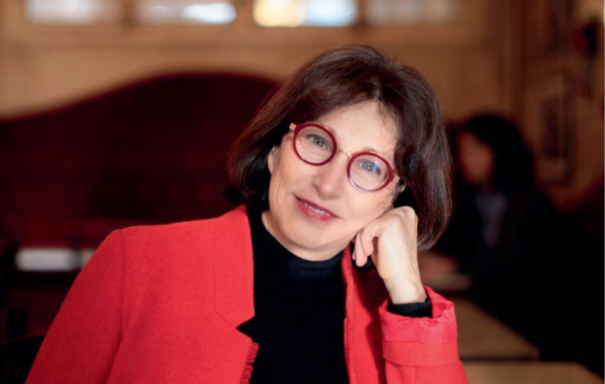 Interview of Martine Combemale, President and Founder of RHSF

A recent report by the International Labour Organisation (ILO) and Unicef, the UN agency in charge of child welfare, estimates that 160 million children will be forced to work in early 2020. That is 8.4 million more in four years! Child labour cannot and must not be a fatality. The year 2021 holds many levers of change and factors for all of us to act together to prevent these abuses: consecrated by the UN as the International Year for the Elimination of Child Labour, it is also an exceptional year because of France’s commitment to achieve the status of “pathfinder country” in the fight against child labour and forced labour. The actions carried out by RHSF this year have had their high points, thanks to the partnerships concluded with the ILO, the French National Consumer Institute and the French Ministry of Europe and Foreign Affairs (MEAE). As the RHSF General Assembly has just been held, let’s look back at these actions with Martine Combemale, its founder and president.

June 2021 represented a significant step forward for the cause of RHSF. What does France’s commitment as a “pathfinder country” mean?

France is making a strong commitment here. Becoming a “pioneer country” requires coherence and coordination of all the initiatives and commitments of the various ministries, companies, NGOs, social partners, etc., in relation to forced labour and child labour. France should establish a national action plan with all stakeholders. This plan should include deadlines and budgets. It really is concrete! It is a demanding work that will be followed closely by Alliance 8.7. RHSF has been involved throughout the preparation process, sharing its work with the Alliance 8.7 Chair and the MEAE. And it is invited to share its experience in two working groups. As a reminder, the Alliance 8.7 is a global partnership bringing together states, international organisations, businesses and members of civil society under the aegis of the UN to achieve a double objective. Namely: to eradicate child labour by 2025 and forced labour by 2030, and thus achieve target 8.7 of the UN Sustainable Development Goals. France took over the Presidency in June 2019, an encouraging first step that is now bearing fruit.

As a NGO in the field, how were you able to continue to act during this unprecedented period of pandemic?

Against all expectations, this year proved to be a very rich source of levers for change. This unprecedented situation led us to reflect on the possibilities of working on sustainable solutions, without going to the field. Many opportunities were available to us, in particular the fact that France was chairing the Alliance 8.7 and wanted to commit to being a “pathfinder country”. We therefore decided to strengthen our existing collaborations to advance the cause in depth, with awareness raising at the highest political level. Firstly, based on our partnership with the Ministry of Europe and Foreign Affairs signed in June 2020, we started working more closely with France’s diplomatic posts abroad. After offering a series of training courses for their staff, we have been thinking about joint projects. Their support in engaging with local governments will be decisive for the success of our experiments and the implementation of concrete and effective prevention actions on the field.

In parallel, thanks to Dominique Potier, MP, we were able to introduce the prevention of child and forced labour in an amendment to the programming law on solidarity development and the fight against global inequalities. This amendment was voted unanimously in the French National Assembly. This is a very important law, as it clearly sets forced labour and child labour as priority issues, and shows that France is committed to fighting them through its development projects and funding. When France officially committed itself to becoming a “pathfinder country”, we wrote, together with Dominique Potier, the initiator of the French “duty of vigilance” law, an opinion to ask that this step forward would allow for a concrete evaluation of this law and its impact on child labour. Indeed, it is necessary to identify the scope of the vigilance measures taken to fight against child labour, to understand the blockages and to allow the support of all the actors concerned.

The core of RHSF’s expertise lies in partnering with companies to share experiences on forced labour and child labour. What is the status of this work of co-construction of sustainable solutions?

RHSF’s role is above all to test solutions with companies and all those involved in the prevention of indecent work in order to disseminate the lessons learned to as many people as possible. Our main asset is of course our Lab 8.7. The Lab 8.7 is an incubator for solutions to prevent child labour and forced labour, which brings together representatives of the MEAE and companies committed to finding sustainable solutions.

Over the past few months we have been working with our partners to define the main guidelines of the Lab 8.7 experiments. This has enabled us, among other things, to carry out thorough preparatory work for the projects that will start in 2021. RHSF has also applied to the French Development Agency (AFD) for funding over three years (December 2021 to November 2024) for two Lab 8.7 experiments, one in industry in Malaysia and the other in agriculture in Costa Rica. AFD’s response will be known in July. In addition, we have developed and shared a RHSF reference framework that will allow each stakeholder in the supply chains to act step by step to prevent risks. Based on existing frameworks, the Duty of Care Act, RHSF’s field experience and the operational questions of Lab 8.7 companies, this RHSF framework is available to all stakeholders. We share what we do and we ask the different stakeholders to bring their point of view, in a spirit of co-construction. It is a kind of ‘open source’ for the common good. We are now working to get the leaders of large companies to be “pathfinders” by committing themselves on the basis of this document to implement a sincere and coherent policy for the prevention of forced labour and child labour.

In addition to this work at the highest political level in France, you have deployed actions at the international level with the International Labour Organisation (ILO)…

We have worked with the ILO for many years. In 2020, our partnership was formalised through joint work.

RHSF and the ILO produced a report that provides a qualitative analysis of companies’ policies to prevent the risk of child labour, a summary of the challenges they face, and recommendations. This study is in fact the starting point for the reference framework we have just mentioned.

The second action that links us to the ILO is an international cartoon competition. The aim here is to turn the pen into a weapon against forced labour and child labour. We received more than 400 cartoons from artists from over 60 countries. The results of the competition will be known during the summer, following a public vote on social networks. The exhibition resulting from the competition will be open to all: employers, employees, consumers…

Working with the ILO is exciting because it involves two complementary visions. The members of the ILO, who are tripartite (governments, companies and trade unions), frame the subject. They have the right words, because they are responsible for writing international laws. We work in the field, with companies: we therefore bring a practical and concrete vision of the issues.

RHSF is more than ever committed to raising public awareness. The “RHSF Movement” initiated in 2020 now has more than 200 members, how can they take an action?

First of all, I would like to thank them for their involvement by our side. Each of us can make a contribution at his or her level. The more people we will be, the more we will succeed in moving the lines and developing lasting and steady solutions. In other words, solutions that will resist crises, such as Covid 19, which we did not expect. Forced labour and child labour can be very close, even at our doorstep.

The reality is complex, so the first thing to do is to understand the issue, without being Manichean. Our members – but also all consumers and citizens – can get information on our website, where we offer many tools to understand forced labour and child labour. Each of them can also follow our different actions, relay our missions and achievements on social networks.

The second point I would like to stress is that it is difficult to fight forced labour and child labour, because the situations are embedded in our production chains, invisible to consumers and inextricable for the workers. Joining the “RHSF Movement” means being part of the people who stand up, who decide not to rely on the misery of others for their daily consumption. Our ambition, with you, is that every child can dream about the future and that everyone can work with dignity here and there, at the other end of the world.