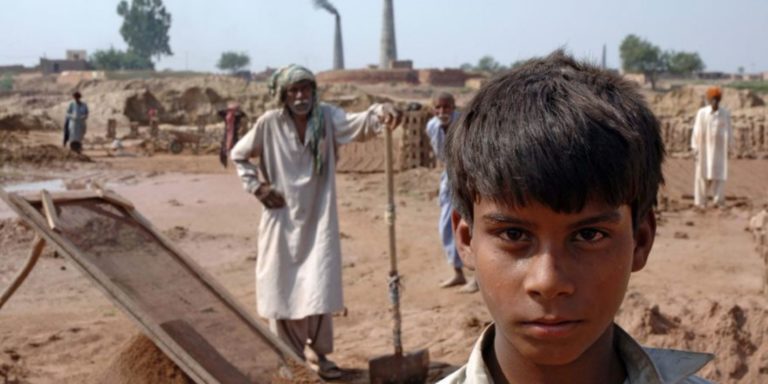 Dominique Potier, Member of Parliament for Meurthe-et-Moselle, rapporteur for the law on the duty of care

And Martine Combemale, President and founder of the NGO Ressources Humaines Sans Frontières

On 11 June, France announced to the International Labour Organisation (ILO) its intention to become a “pioneer country” in the elimination of child and forced labour.

As 2021 has been declared “International Year for the Elimination of Child Labour” by the UN, this decision is a unique opportunity to give a new impetus to the fight against these scourges, and to convert this will into effective actions.

The fight is all the more crucial because after a year of the Covid pandemic, the figures revealed on 10 June by the ILO and UNICEF show a critical situation: child labour has reached 160 million worldwide – an increase of 8.4 million children over the last four years – and millions more are at risk due to the impacts of COVID-19. This is the first increase in child labour in 20 years.

Yet we have the legal instruments to act in France today, and in Europe tomorrow.

In France, the law of 27 March 2017 created an obligation for multinationals to effectively prevent serious human rights and environmental abuses at the end of the street as well as at the end of the world, thereby enacting a duty of vigilance across borders. More recently, amendments to the programming law on solidarity development and the fight against global inequalities have also reinforced France’s commitment to eradicating child and forced labour.

In Europe, the French law is setting an example. The Commission has been working for several months on a directive that would establish a duty of care for companies operating in the Union, while the Parliament has already adopted a resolution containing its recommendations on the contours of future legislation.

Finally, under the aegis of the UN, States, international organisations, companies and members of civil society are joining forces within a global partnership: the Alliance 8.7, of which France has taken over the presidency in June 2019. Its objective: to eradicate child labour by 2025 and forced labour by 2030, and thus achieve target 8.7 of the Sustainable Development Goals.

France “pioneer country”: a guarantee for the future

The legal tools exist… They even prescribe the method to follow to prevent risks for vulnerable populations. Let us seize them to act as pioneers.

As the law takes root in French companies and the first formal notices allow us to measure its legal scope, it is time to learn from our first steps in order to go further. There is a strong demand from all stakeholders for us to start work as soon as possible on evaluating the processes generated by the law and its first results on the ground. NGOs and trade unions, the heads of our companies’ legal and CSR departments, academics, commissioners and MEPs: they all tell us how important and relevant it is to take stock of the situation, which would make it possible, in particular, to identify the scope of the vigilance measures taken to combat child labour, to understand the blockages and to allow for the support of all the actors concerned.

In order to deal with the problem at its roots, we must recognise that, to date, no company is immune from contributing to this scourge. Not least because of the length and extreme fragmentation of global value chains. Let’s face it, no consumer is safe from buying products made with forced or child labour.

Given the complexity of the problem, the Duty of Vigilance has created the conditions for greater cooperation and is emerging as a rights-generating process around the world. Like the Lab 8.7 programme, there is a need to deepen the search for sustainable solutions on the ground by actors in the subcontracting chain, in cooperation with governments and civil society organisations.

Eliminating child and forced labour is one of the most noble political struggles of the 21st century. It is a difficult and long-term task. No one actor can do it alone. We are all part of the solution.

Let us seize, each at our own level, France’s commitment to be a “pioneer country”.