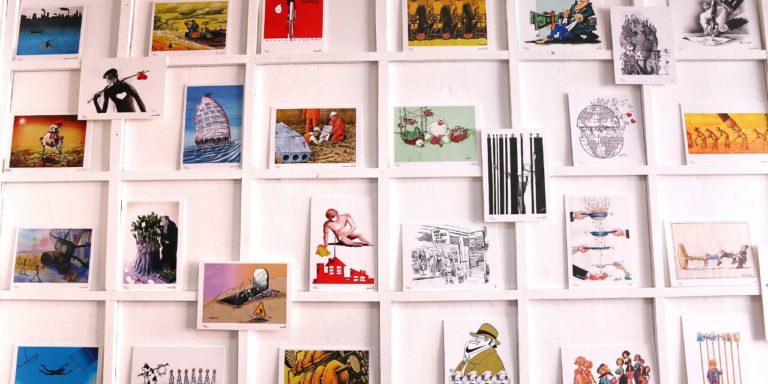 “Behind the barcode”: forced labour

On 17 December, on the occasion of the conference at the Senate on modern slavery, Human Resources Without Borders (RHSF) will present its exhibition “Behind the barcode”. The association wishes to alert public opinion about the realities of forced labour in the world.

On 17 December, the International Labour Organisation (ILO) and the National Consultative Commission on Human Rights (CNCDH) are organising a colloquium in the Senate on the eve of the ratification of the additional protocol to Convention 29 of the International Labour Organisation (ILO) on forced labour. This important protocol will strengthen the fight against this global scourge which today affects nearly 21 million people (11.4 million women and girls and 9.5 million men and boys). France should thus be the third country, after Niger and Norway, to sign this protocol. To promote ratification, the ILO has launched a new global campaign to end modern-day slavery, “50 for Freedom”, which aims to mobilize public support and encourage at least 50 countries to ratify the ILO Protocol on Forced Labour by 2018.

“Behind the Code Behind”: a retrospective to shed light on forced labour

On this occasion, RHSF will present its travelling exhibition entitled “Behind the barcode”. It brings together the work of 20 artists of different nationalities on the theme of “Human Rights at Work in the Subcontracting Chain”. 120 cartoonists from 47 countries all over the world took part in the exhibition with 315 works. This international drawing competition was held under the chairmanship of cartoonist Plantu. The exhibition was previously acclaimed in Rome, at the UN in New York, in Paris on the square in front of the City Hall, in Toulouse, Turkey… It will take place in the Senate to mark this important day for human rights.

This NGO was created in 2006 by Martine Combemale. RHSF aims to promote respect for human rights at work throughout the subcontracting chain. The fight against forced labour and child labour is one of the association’s priorities.

“The figures for forced labour around the world are alarming. Women, men and children are exploited on a daily basis. Of those who work for individuals or companies, 4.5 million are in forced sexual exploitation. Sponsors take advantage of this situation and generate huge illegal profits. Large-scale forced labour affects Asian countries (Malaysia, Vietnam, Thailand, China, Indonesia…), Middle Eastern countries (Saudi Arabia, Qatar…). In Europe, there is a growing risk in the agriculture, cleaning and construction sectors. It concerns seconded employees.

The Flamanville EPR worksite is a perfect example of this. From 2008 to 2011, 260 Romanian and Polish workers were deprived of their basic social rights: concealed work, employment of foreign workers without any title… It is essential today to mobilise and fight against this reality”, says the founder of the association.

Among its many actions, and at the request of trade unions and companies, RHSF has worked on the design of a poster for countries at risk. It is aimed at employees and presents, in their original language, the codes of conduct to be adopted within their structures. On the occasion of the signing of the additional protocol, RHSF will also publish a practical guide consisting of questions and tools to combat forced labour, drawn up after ten years of work in the field. Finally, a film on forced labour in Malaysia is also being prepared and will be available in early 2016.

RHSF, the only French NGO to have been selected in the framework of the European project SUSY.

RHSF is the only organisation in France to have been selected in the framework of the European SUSY (Sustainable and Solidarity economy) project, which aims to combat poverty through the Social and Solidarity Economy. This project is an opportunity for RHSF to recall that the shorter the chain of subcontracting, the less the risks of forced labour and child labour exist.

RHSF’s objective is to raise awareness of the Social and Solidarity Economy among the general public and to create networks for exchange based on these good practices. They will be highlighted at upcoming events.

As part of this European project, RHSF is also responsible for working on good practices from certain countries such as Malaysia.

The catalogue of the exhibition “Behind the barcode s”:
Exhibition catalogue ” Leaving “