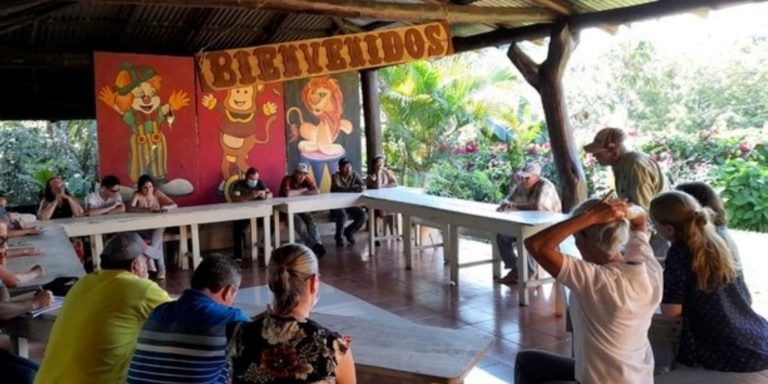 2021: Back in the field to identify effective and sustainable solutions

According to the Gobal Slavery Index, 2018, 24.9 million people would be in forced labour situations: children, women and men on all continents. In addition, the latest global estimates indicate that more than 160 million children between the ages of 5 and 17 were in child labour and hazardous work (ILO and UNICEF report, June 2021). Unfortunately, these estimates do not include the impact of the COVID-19 pandemic on the most vulnerable. All NGOs in the field agree to warn that, in this health and economic context, without effective mitigation measures, the numbers will rise again.

A large number of companies involved in global supply chains are mobilizing. Governments are committing themselves by passing increasingly restrictive laws. France, for example, became a “Pathfinder Country” with the Alliance 8.7, the global partnership to eradicate forced labour and child labour around the world. Consumers are demanding more and more transparency. Yet, several hundred billion dollars of consumer goods each year potentially continue to result from abusive labour imported by G20 countries (354 in 2018, Gobal Slavery Index, 2018).

Speading our expertise – at the heart of our mission

Without making people feel guilty or judged and without giving lessons, we propose awareness-raising tools that give all audiences the keys to understanding the systemic problem of child and forced labour.

The complexity of indecent work risks in supply chains precludes simple, one-sided solutions. We found that solutions applied to symptoms displace the problem at best, exacerbate it at worst. We decided to empower all actors in supply chains to prevent risks in an effective and sustainable way.

We wrote a guide dedicated to the risk prevention based on our field experience, the operational questions we received from the companies willing to commit into action and the claims of NGOs that led the definition of the French law on corporate due diligence and corporate accountability (Devoir de Vigilance).  Our guide – that used to be called reference framework – is based on the ILO conventions, is also consistent with the UN and OECD guidelines for companies and incorporates the method prescribed by the French law Devoir de Vigilance.

Developed with the support of our corporate and institutional partners, our guide will enable everyone to act to prevent risks. We hope that it will enable the various players to act in the same direction and in a manner consistent with their environment and with the requirements and spirit of French and European legislation.

The extent and persistence of child labour and forced labour in the world reveal the difficulty of the task. No one actor can do it alone. That is why each of us has a role to play. This dedicated guide can help us find a way together to achieve this.

Convinced that turnkey solutions either do not exist or, make the situation worse for workers, we wish to experiment with concrete pilot solutions, which combine innovation and pragmatism in order to act at the root of abusive work. In November 2020, we agreed on four experimental orientations with the members of the Lab 8.7, our programme for the incubation of operational solutions. After two months of extensive hard work of the RHSF team and with the support of a consultant, we submitted a co-financing application to the French Development Agency (AFD) for two Lab 8.7 experiments, one in agriculture in Costa Rica, the other in the industry in Malaysia. The AFD validated the co-financing side by side with companies committed in the Lab 8.7. The support of the AFD – the public institution that implements France’s development and international solidarity policy – represents, for us, a recognition of our operating approach.

For an agriculture that respects all workers

“Young people have stars in their eyes when we tell them about the project that our partner Flora Nueva built around the endemic bees of Costa Rica. There, as in France, we are fortunate to work with partners who can inspire young people in agriculture and who share the same vision of excellence: excellence can no longer be understood as that of a product only, excellence must also be environmental, economic… and social!” Estelle Eeckeman, RHSF’s project manager for ‘Ferme d’excellence’ in Costa Rica.

Abusive child and youth labour is massively present in agriculture and can take various forms, from dangerous working conditions for apprentices in France to the migration of Nicaraguan families and children to Costa Rica for coffee picking.

To prevent the risks of abusive work for vulnerable workers (migrant workers, children), the experiments of the Lab 8.7 aim to contribute to a sustainable model of excellence in agriculture. In France as in Costa Rica, we share a common goal with our partners: an agricultural sector that respects all workers, that is attractive to young people, and that is capable of sustaining and developing its know-how in order to meet the economic and environmental challenges of today and tomorrow.

To achieve this objective, the experimentation in Costa Rica will act on two necessary and complementary dimensions: the improvement of the protection of vulnerable workers (migrant workers, children, pregnant women), and the deployment of an educational and apprenticeship program allowing to open future perspectives for the youngest and to give pride to farmers, parents and workers.

Estelle went to the field for a few months to launch the Costa Rican experimentation. On site, she will build trustful links with the communities, based on a common understanding of the issues. She will also coordinate discussions between all (farmers, youth, workers…) to define the 3-year action plan. Estelle will finally recruit a Costa Rican project manager with whom she will work from Toulouse to consolidate all the results and lessons learned from this experimentation.

Recruitment channels are often at the heart of the problem

“My goal is clear: put people at the heart of the entire management process so that the worker is seen for what he or she is worth, rather than as a cost and a tool. As an NGO, we are fortunate to be able to engage constructively with all stakeholders and therefore break down the system. This allows us to understand in depth the attitudes and mindset of each actor and therefore the levers for sustainable and effective action,” explains Aziz Ahammout, Labour conditions analyst.

On site, Aziz works with all the players to reduce the risk factors internal and external throughout the value chain: from the villages where workers begin their recruitment circuit in Indonesia and Nepal to the factory that has agreed to be a pilot in Malaysia. This means, in particular, acting in the factory (by deploying responsible management of human resources), but also building with agencies and stakeholders responsible and economically sustainable recruitment pathways for all along the migrant worker recruitment process.

Cartoon, a universal language for all

The work of the actors in the value chain would have no impact if consumers are not aware of their role. The success of our first competition in 2015 confirmed that drawing is a powerful tool to highlight the invisible and unknown realities of forced labour and thus reach consumers. In 2021, to increase its visibility, we partnered with the ILO (International Labour Organization). More than 200 cartoonists from 65 countries used their talent to deliver 460 drawings. With their pencils, they underline the urgency of eradicating forced labour and child labour and urge each of us to take action.

“Drawing is my way to express my opinion and make people reflect about social and political issues. Forced labour and child labour are part of my agenda, as we live in such an unfair world and these issues are many times unseen,” Gargalo Vasco, the Portuguese winner of the international drawing contest.

A selection of the best drawings will be presented in a traveling exhibition around the world, with the main event taking place at the ‘Palais des Nations’ in the UN Geneva HQs in June 2022. In the meantime, they are already gathered in a publication available on our website.

In order to ensure a homogeneity of knowledge – that all actors have the same level of understanding of the stakes and speak the same language – we developed a training program adapted to professionals and entrepreneurs. Depending on the targeted professions and the desired approach, we work directly or via public or private partners.

In 2021, we particularly targeted our approach to rely on strategic and recognized relays. To reach French consumers directly, we trained the analysts and journalists of “60 millions de consommateurs”, the magazine published by the French National Consumer Institute (INC). The INC now integrates the risks of child labour and forced labour in the criteria of responsible consumption with the support of RHSF. Without forgetting you of course, dear members, we were happy to share a webinar about child labour with you in June and will repeat this exchange in 2022.

On the investor side, we partnered with the well-known professional network called ‘Forum pour l’Investissement Responsible’ (FIR – the Forum for Responsible Investment) in order to enlighten investors on the link between their investments and the effective reduction of the vulnerability of populations to abusive labour. Our first step was to help them better understand these issues with a webinar on the theme: “Forced labour and child labour: better understanding the risks to encourage impactful prevention policies“. We are now going further and working on an alternative method of assessing companies on their prevention of child labour and forced labour risks in their supply chain.

Faced with increasing risks for the most vulnerable, we must act in-depth. Consumers are beginning to select their purchases and expect ethical and responsible production methods, as well as transparent communication. France is strongly committed. More and more companies are analysing their risks and trying to prevent them. As the year of the elimination of child labour draws to a close, we sincerely hope that the context will be conducive to accelerating progress towards preventing child labour and forced labour, human trafficking and modern slavery. At every stage of production and consumption, it is possible to act. Join the movement!